An Intriguing Mary Ainsworth Biography: The Refiner of Attachment Theory

The Apple Doesn't Fall Far from the Tree 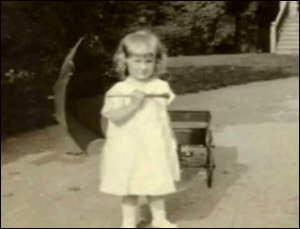 Mary Ainsworth - or Mary Salter, as her maiden name was - was born in Glendale, Ohio, in 1913, as the first of three sisters.

The intellectual path that Ainsworth was to follow her entire life was more or less 'in her blood' from the very beginning. She was raised by very literature-oriented parents who praised good academic values.

For instance, the family went to the library weekly and her parents expected their girls to get a good education (both of Ainsworth's parents graduated from Dickinson College - her father with a Master's degree in history).

The Book that Blew Mary's Mind and Set Her Intellectual Course

When Ainsworth was just a teenager, 15 years old, she read the book 'Character and the Conduct of Life: Practical Psychology for Every Man' by psychologist William McDougall.

For young Ainsworth, this book gave birth to a lifelong dedication to psychology.

'Psychology It Is Then': Ainsworth Followed Her New Passion

Shortly after her reading of William McDougall's book, she embarked on her newly found career in life.

In 1929 she matriculated at the University of Toronto in an honors program in psychology.

Shortly after in 1936, she acquired her Master's and in 1939 she received her PhD in developmental psychology.

After her PhD she continued to teach at the University of Toronto.

Her teaching career was briefly interrupted when she decided to join the Canadian Women's Army Corp in 1942 (She even became a major in 1945).

After the Second World War she returned to Toronto to teach and do research.

Followed Husband to London:
The Important Meeting with John Bowlby

She followed Leonard Ainsworth to London where he was to finish his doctor's degree.

Little was Ainsworth to know that London was to become her destiny: In the 'London Times' she found an ad about a research project on early maternal deprivation and the development of personality by psychologist and psychiatrist John Bowlby.

Little aware of the great future importance of her reading this little ad, she joined the project at Tavistock Clinic under the direction of John Bowlby who is today considered the father of attachment theory.

At that time John Bowlby was interested in what happens to a child when his or her attachment or tie to his or her mother is traumatically severed.

However, both Mary Ainsworth and John Bowlby agreed that in order to fully understand the unfortunate effects of early child parent separation (when a close caregiver would be unavailable either for an extended period of time or permanently), one had to look at 'successful' and 'healthy' child parent relationship first.

This insight inspired Ainsworth to dive into normal child parent relationship in a normal setting:

And in 1954 a golden research opportunity presented itself and Ainsworth was off to Africa.

During her stay in Uganda Mary Ainsworth observed and concluded that there seemed to be several attachment styles that an infant may develop in relation to his or her mother.

An attachment style describes the type of infant bonding that a baby forms with his or her primary caregiver - a bond that may be characterized as either secure or insecure.

Ainsworth also saw a correlation between the mother's type of responsiveness and the type of attachment.

These important insights compelled her to want to begin further studies

Results from Uganda Paved the Way for the Baltimore Lab Experiment: The Strange Situation Experiment

When Ainsworth returned from Uganda after two years, she began teaching at John Hopkins University. Another couple of years after this, she published her results from Uganda.

However, she wanted more evidence to back up her theories and a tool to 'measure' the 'amount' of security in a child parent relationship.

This she strived to obtain in the Strange Situation Experiment in Baltimore.

If you want to read in-depth about Ainsworth's 'Strange Situation Experiment' and her discovery of the different attachment styles infants may display.

In 1960 Mary Ainsworth and her husband were divorced; a process that was very painful for Ainsworth, but at the same time it also sparked a new academic interest.

Because of a depression she sought psychoanalytic therapy, which was to become a great interest professionally as well.

During all this Ainsworth continued to work with John Bowlby in relation to attachment theory.

Mary Follows the Trail of Developmental Psychology to Virginia 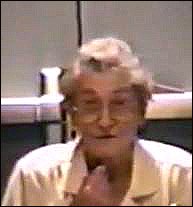 In 1975 Mary Ainsworth moved to the University of Virginia - partly because many good colleagues had settled down there and because Virginia had become the new hotspot for developmental psychology.

Ainsworth stayed at the University of Virginia for the rest of her life.

Some of Ainsworth's Literary Works

Despite academic criticism in relation to various points in her refinement of attachment theory (such as not taking infant personalities into account, or the importance and influence of other important caregivers other than just the primary one etc.) there's no doubt that the studies and theories about infant attachment have had a profound impact on the psychology of early infant bonding and the development of attachment related therapies.

Ainsworth left the world no children of her own, but supposedly considered her academic circle her family.


Places to Go for More Research Information about Ainsworth

If you desire more information about attachment theory, you can scroll down to the end of this page and choose between the many attachment related links there.

Back to the top of this page about An Intriguing Mary Ainsworth Biography: The Refiner of Attachment Theory