• A sharp, to-the-point understanding of the authoritarian parenting style or what many people just call strict parenting.

• A detailed analysis of the long term challenging existential, emotional, mental and social effects that children of authoritarian parents may have to face.

My list of long term effects include both the results of Diana Baumrind's 1960's study of prevalent middle class parenting styles as well as my own personal observations and subsequent analysis. 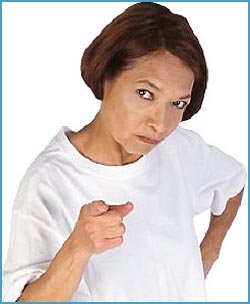 Well, they may be right!

Seen from an external behavioral point of view, kids of authoritarian families may seem polite, obedient and easy to manage. They are compliant and do as they are told!

Many parents view instant obedience as a good virtue.

Because it makes everyday life easer for them! Simple!

But strict discipline often has its price.

If we for one moment look beyond external behavior and adjust our spotlight to what's going on on the inside of these children, we will see that the authoritarian parenting style may have severe existential and psychological consequences.

Research has shown that children of authoritarian families are more prone to suffering from low self esteem and low self-worth than children coming from authoritative or permissive parents.

In this way the short term behavioral gain of obedience is heavily outweighed by the long term psychological damage.

(Jump to these parenting articles if you wish to learn more about the personality of authoritarian parents or want to know about the authoritarians way of parenting seen in a historical light.)


Authoritarians are Adult-Centred and Conditional

Authoritarian parents do not focus on meeting the child's existential and emotional needs.

No, they are more concerned about their child living up to their adult standards, norm abiding ideas, consensus values and expectations.

The behavioral demands on the child is very high. The child is expected to behave in a 'mature' way ... more or less like a 'civilized' adult. However, despite the adult expectations, the kid is treated like an inferior. An interesting paradox, isn't it!

Within this conservative, rule orientated parenting style there is little freedom of thought, creative experimentation and independent choice making.

The means of controlling children is by force and withdrawal of affection in terms of various forms of punishments. A child may be punished for being disobedient, throwing tantrums, breaking the rules etc.

The effect of punishments is that the child will be well-behaved out of fear ... not because he or she feels like it or has understood the true meaning of a positive and caring attitude.

In this way the child learns that love and acceptance is dependent on good behavior. In this way authoritarian parenting is conditional parenting: "If I behave, I will not be punished!"

The first list of effects of this strict parenting style deals with what I will call 'existential effects'.

By existential I mean the way that strict parenting affects kids' basic life attitude, basic life skills and general self image and sense of beingness.

Children of authoritarian families may develop: 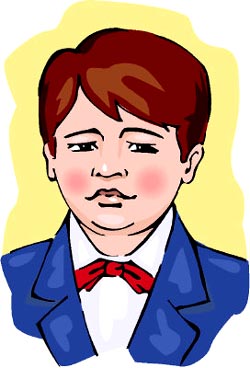 Because of the rigid rules, little space for own opinions and punishments for straying off the set path, children of authoritarian families:

The emotional effects of the strict parenting style address inner feelings and sentiments and the skills of dealing with them. 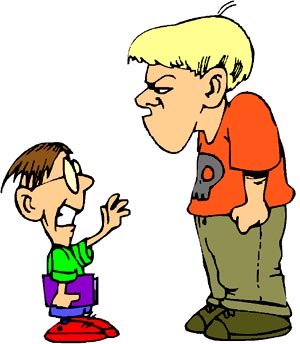 I hope this article on the potential effects of the authoritarian parenting style on kids was of use to you. If you want to read other parenting articles related to the same or similar topics, please feel free to follow the links below.