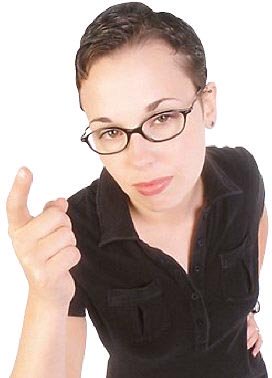 • In this light of old Victorian values, you'll get a good understanding of how the mindset of authoritarian parents works and why they see and treat their children like they do!

• Get deep insights into the long term effect of being a child of authoritarian parents!


When Looking at the Authoritarian Parenting Style through the Window of History, This Style of Parenting Is Actually a Step UP in Empathy 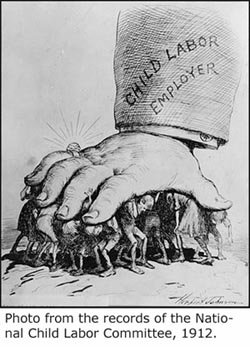 I will not be exaggerating when I say that 'being a child' during the course of history has been nothing less than a rollercoaster ... one that has mostly been going downwards.

If we look at what children have been exposed to during the course of time: e.g. child ritual sacrifice by e.g. the Incas, routine oblation of children to monasteries in the Middle Ages, tight swaddling to restrict the infant, severe child beating because of the common belief that a child was a container of evil and therefore must kept down, daily enemas to verify that the child wasn't possessed, child labour and child slavery etc. - authoritarian parenting can actually be seen as a step up the evolutionary ladder of child rearing.


The Early 18th Century Seeds of Authoritarian Parenting:
- It's about Controlling the 'Inside' Rather Than the 'Outside'! 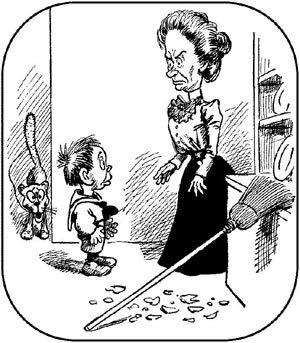 I think we can see the early seeds of the authoritarian parenting in the 18th century.

At that point in time, parents in the Western world (particularly the British) began taking the first steps toward a mind shift and become more involved in their children's upbringing.

Western parents stopped seeing their child as a potential representation of dark and evil forces that had to be kept in check physically (harsh beatings etc.) and instead started to try and control their minds, their feelings, their needs.

Along with the morally strict Victorian age came the conviction that anything that just remotely smelled of feelings, desires or needs etc. had to be repressed or controlled!

Children's behavior was controlled by the means of guilt, threats and spanking but also other forms of punishments like being locked up in dark closets or dark rooms.

So strict control of children was definitely still there, it had just changed its face. It had gone from being more physical to more mental / emotional.


The Authoritarian Motto, "A Child Must Be Trained and Controlled!" 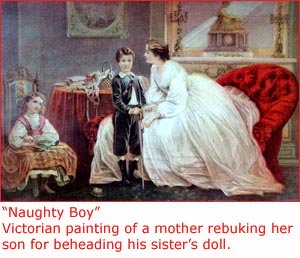 Victorian or early authoritarian parents weren't strict because they didn't care about or didn't love their children.

No, they would say that they were strict exactly because they did care: They cared about raising their child in what they saw as the proper spirit of good social education!

It was not about raising children that were happy from the inside.

No, it was about 'teaching' children! Teaching them to look good from and do well on the outside.

The first half of the 20th century reflects the birth of a more 'scientific' approach to child rearing than what had ruled before, like pure tradition, superstition etc.

In 1928 American behavioral psychologist John Broadus Watson wrote "In Psychological Care of Infant and Child". In this work he, among other things, warns against using "too much mother love" in child rearing as it may lead to spoilt children.

Thinking that showing love and affection is 'dangerous' is central to the mindset inherent in the authoritarian parenting style.

The following description of authoritarian parenting has a firm basis in Diana Baumrind's study.

However, it's written in my voice and I freely weave in my own knowledge and philosophical insights.

Why the Tight Emotional Control Backfires for the Authoritarian Parents

However, the manuals weren't proponents of accepting children's emotions.

Children's emotions were to be rejected because they were seen as bad, even destructive of order, predictability and sound moral. Even a positive feeling such as love was potentially dangerous.

The entire Western culture was focused on controlling these 'dangerous' emotions - an idea which has been prevalent throughout most of this century.

In much the same vein authoritarian parents don't recognize their children's emotional needs.

In fact, emotions are considered a sign of weakness because 'you're not in control of yourself'.

Emotions are 'childish' and childish is bad because it ... once again, reflects someone out of control.

However, as most of us know, emotions, particularly the powerful ones, cannot be suppressed forever.

Therefore the archetypical authoritarian parent will display an outwardly emotional 'coolness' and 'detachment'.

However, most human cannot just put a lid on their emotions forever. When emotions are repressed, they tend to bottle up inside and end up exploding, BAM!

Therefore the typical authoritarian behavior pattern is that of two extremes: Of both being emotionally distant and unavailable AND that of being angry and intrusive.


The Child is a Like a Mini-Adult!
- Authoritarian Parenting is Adult-Centred 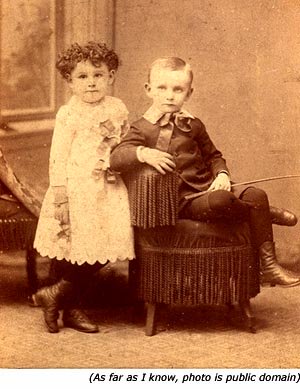 An ideal child is not really a child but more like a 'mini-adult': There are high expectations of 'mature' behavior: e.g. not been needy or emotional and willing to obey and follow orders

The authoritarian parenting style is therefore adult-centred and not about meeting children's emotional needs. The children have to live up the parents' goals: be well-behaved, get a good education, get a high status job etc.

In order for the child to live up to these 'adult' standards, authoritarian parents have to 'train' their children's minds:

They train their kids' minds by installing the firm belief that they are accepted and given attention if they do well and will be punished if they don't.


The Child Must Learn to Respect Authorities!
- Using Fear as Discipline Tool! 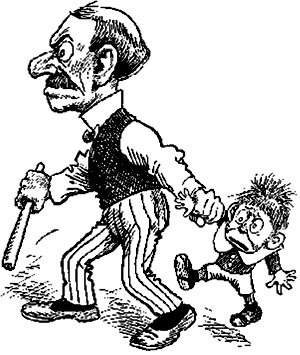 The mind of an authoritarian parent likes order, neatness, routine and predictability.

This dependence on order and predictable systems is reflected in authoritarian parenting.

The authoritarian parenting style is characterized by many rigid rules that are upheld with threats and punishments.

The child has to learn respect to authorities and systems: "Know thy place"!

In this way authoritarian parents seek to 'prepare' their children to do well in the societal system.

They give their children plenty of household responsibilities in order for their child to develop what they perceive as a healthy work ethic.

In what is probably the best of meaning authoritarian parents work hard to discipline their children so that they can become hardworking, respectable but also fearful and submissive citizens.


The Child Is Judged and Measured!
- Everything Is Black and White!

Authoritarian parents orient themselves in a world of absolutes. Everything is categorized in 'right' and 'wrong', 'black' and 'white'.

A child is not just a child but is either a good child or a bad child, a well behaved child or a naughty child.

This means that the child is looked upon with a critical eye that judges and evaluates whether or not the child lives up to the predefined expectations. Needless to say this kind constant evaluations is highly stressful.


The Child Is to Behave as an Adult but Is not Treated as Such
- The Authoritarian Paradox!

However, they are not in any treated as equals.

Authoritarian parents tend to be intolerant and closed (discussion or give and take dialogue is in no way encouraged) and be disrespectful (consistently overruling of their kids' emotional needs).

So authoritarian parents may create what will become a law-abiding citizen but the lack of the adult skills of making good choices and taking full responsibility of one's own life are only some of the unfortunate consequences of this adult-centred parenting style.

The Effect on Kids (In Western Families) 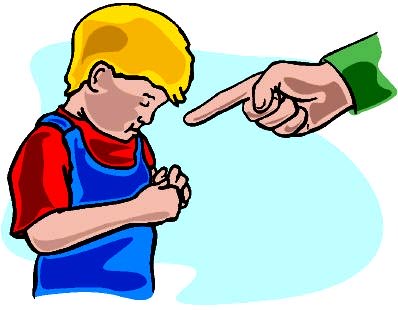 "If I Don't Do What Is Said, I Will Be Punished"
- The Effect of Conditional Parenting

Children of authoritarian parents tend to do well in school and are said to generally not engage in drinking or drug use. They know the consensus rules and follow them.

Children of authoritarian parents have learnt to try and live up to their parents' and other authorities' expectations. Not because they feel like it, but they're afraid not to.

To use an expression from the business world, one could say that authoritarian parenting is "management by fear". The tool of fear is very effective but is also very damaging for the children.

Basically they learn that they are not 100% accepted. They have learnt that they are only accepted when they are being 'good'. This is what is meant by conditional parenting. It's only the 'nice' part of their personality, their nice feelings that they are 'allowed' to show.

Their parents' unacceptance of their entire person, immediate color the children's self image.

It may result in low self esteem and self hatred because the children get angry with themselves when they have 'unacceptable' feelings and desires.


"My Feelings Are Bad, I Must Repress Them"
- No Experience with Handling Emotions

Kids raised in the authoritarian parenting style have learnt that feelings are 'bad' and should be controlled by keeping them down.

Needless to say that this 'shoving' feelings away is restrictive of full growth long term.

These children haven't learnt any skills as to how to deal with emotions constructively, like for instance that it's okay to be angry, that sharing feeling might feel good, that keeping emotions down will only make them stronger etc.


"I Don't Know How to Make Choices or Take Full Responsibility for My Own Life"
- The Consequence of a Narrow, Streamlined Thought Pattern

Being used to obey and follow orders does in some way make for a predictable, secure world. One is never confronted with dilemmas or choice.

However, healthy adulthood does require the ability to make good choices.

Seeing the world as a world of opportunities and many choices does not fall naturally for a child raised in an authoritarian spirit.

They tend to have a passive attitude to life and their own role in it: "I don't know what is best for me, so I'll let other people decide for me."

According to Diana Baumrind's research kids of authoritarian parents:


I hope you found this article informative and useful. If you want more articles on parenting styles, please dive into the parenting article buffet below :-)