A Psychological Profile on Authoritarian Parents! Understanding the Personality from Within!

• Looking for deep psychological insights into the personality of authoritarian parents?
• Look no further! You've come to the right place!

• Read all about what characterizes the thought pattern, values, motivation, reasoning and behavior of authoritarian personality!

The Authoritarian Personality According to Theodor Adorno! 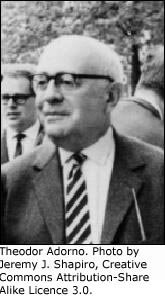 Before diving into the authoritarian parenting mindset, let's take a quick look at the pure, archetypical authoritarian personality as it was originally theorized by sociologist and philosopher Theodor Adorno.

Some of the central features of the authoritarian personality that Adorno identified were:


Now, Theodor Adorno's research on the authoritarian personality was not conducted in relation to parenting.

No, Theodor Adorno was more interested in psychological and political questions of prejudice and scapegoating.

He wanted to understand the 'authoritarian mind' from the inside: Why some people develop anti-semitic and ethnocentric personalities.

So what has this got to do with parenting?

Well, political convictions aside, the general traits of the authoritarian personality are in similar to those discovered a decade later (in the 1960s) by developmental psychologist Diana Baumrind in her famous study on parenting styles.


The 'Pure' Authoritarian Personality Is Not Real - It's an Archetype!

What I mean by archetype is that the authoritarian parenting profile is 'too clean' or 'artificial'. It doesn't exist in a pure form!

This means that very few people will act exactly according to a particular archetypical personality all the time.

Real people are more complex than a rigid personality profile.

Typically, real people are not 100% consistent and will display some of the typical authoritarian traits sometimes but then do something different some other time.

So what's the use of such a profile if it isn't 100% true or consistent? 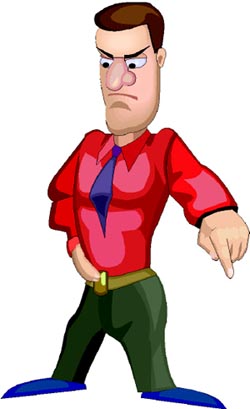 Well, when a personality is stereotyped or exaggerated, it is a lot more easy to relate to and to compare oneself or others with.

We simply understand and remember it better when it is exaggerated!

Now, having presented these reservations, let's get on with the discovery of the authoritarian personality!

Keep them in your mind for a while.

Good, we are already well underway to discovering the stereotypical authoritarian personality.

Okay, now let's have a look at what is actually going on behind the 'cold' authoritarian facade!


Authoritarians Need to Follow a Higher Authority!
- The Result of a Hierarchical Mind-Set!

Even though it doesn't appear that way, authoritarian parents actually have a 'submissive' personality.

The authoritarian personality needs / is dependent on a leader or a fixed authority system that gives him / her strict, predictable guidelines to follow.

In this way the authoritarian parent is 'submissive' to various forms of authority (people or systems).

Children, on the other hand, are considered 'lower' in status or inferior to adults and are therefore to be submissive / obedient to their parents.

In this way the authoritarian mind-set is highly hierarchical. Everybody has their place and role to play. Everybody is assigned a fixed step on the status ladder.

Also the apple doesn't fall far from the tree. Research shows that most authoritarian parents were raised by authoritarians. This means that dominated children tend to become dominating adults.


Children Become Scapegoats Because of Authoritarians' Own Sense of Inferiority! 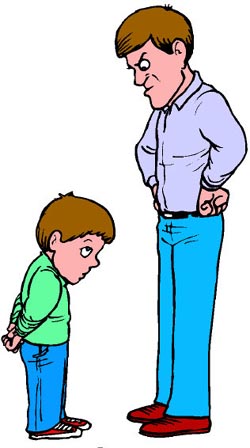 Despite the dominating 'power facade' that authoritarians present to the world, inside dominates a general feeling of being weak and being subordinate.

These inner feelings are highly unacceptable and as a consequence authoritarians become angry with themselves for feeling that way.

Of course this anger can't be contained inside and ends up 'spilling over' into the world and hence, color the way they see the world. The self anger becomes an anger toward the world and other people.

One common theory is that their own sense of inferiority is projected outwards onto to 'inferior' people ... like children.

Children become scapegoats because of authoritarians' own feeling of inadequacy!


Children Are Perceived as a Threat to the Order of Things!

The anger that authoritarians feel toward themselves becomes a form of filter that they see the world through.

They have a general distrust in people and feel that if people are not controlled and kept in tight reigns, they will do bad things. They will stray off the 'good' path.

So rather than seeing children as being inherently good, children are seen as potential threats that are just waiting for the tiniest loophole to wreak havoc.


The High Need for Security and Stability!

As children, authoritarian parents were given very little freedom, choice and responsibility.

This means that they have not learnt to navigate independently through possibilities. They haven't learnt the skills of choice making. They don't know how to think outside the system or outside the box!

This means that in order for the authoritarian personality to feel secure, it needs fixed stability which the predictability of hierarchy, rutines, rules, consensus norms etc. provide.

This also means that the thought pattern of the authoritarian personality tends to be relatively narrow.

'Narrow' means seeing the world in black and white, right and wrong. There are no grey zones! Hence, children are constantly judged and evaluated and subsequently perceived as either good or bad, behaving or misbehaving! It's either or!

This is a secure, conformist thought pattern. The opinion of things is already decided upon and choices have been made by others. There are simple answers to everything and ambiguity is not tolerated! 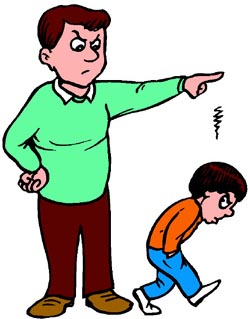 Some famous mottos that would fit the authoritarian parent mind pattern would be:


The authoritarian personality's need for fixed systems is also reflected in parenting strategies:


"I Must Not Show My Emotions!"
- Emotions are Dangerous and Are to Be Suppressed!

On the outside, authoritarians tend to appear emotionally cold and inhibited. They try to keep up a smooth, emotionless facade and hide any feelings that try to come to the surface.

Showing emotions (e.g. crying or physical or verbal affection) is very difficult for authoritarians because as children they have learnt that emotions are 'bad'.

Their experience has taught them that displaying emotions - negative as well as positive - has no positive outcome. Showing 'bad' emotions as children would most likely have lead to some sort of punishment.

Not only are 'negative' emotions banned, positive emotions are also problematic. Giving and receiving positive emotions such as expressions of love is something they have very little experience with. They simply don't know how to deal with them!

Many authoritarians believe that showing emotions is a sign of weakness. They believe that being 'emotional' tells people that you have lost control of yourself and are at the mercy of unpredictable, unstable emotions. You have become 'weak'!

They believe that 'showing' your 'inner' self is unacceptable because it leaves you vulnerable and unguarded at the hands of others who might end up exploiting it.

Therefore authoritarian parents tend to keep an emotional distance to their children. Intimate bonding and the sharing of emotions and inner well-being is not encouraged.

But then what about the authoritarian tendency to become angry and yell and shout, you may ask. How does that fit in with the suppression of feelings?

The constant repression and denial of feelings do not make the feelings go away. No, it allows them grow inside until they become so powerful that they cannot be contained anymore. And then we the anger explosion! 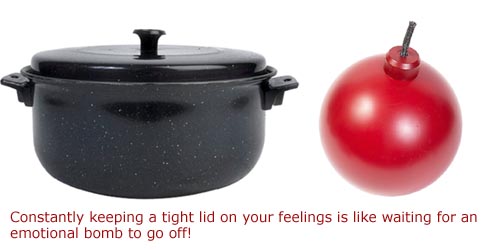 The emotional suppression leads to powerful emotional outbursts. This is the reason why authoritarians may seem cool and emotionally distant at one point and then outwardly angry and emotionally intrusive at some other point. It's like a bomb waiting to go off!


Authoritarians Love Their Children But Don't Know How to Show It!

It's not that authoritarians don't care or don't love their kids. Not at all!

In fact they do care very much about their children: They are concerned with how well their kids will do in society, that they become good, respectable people, that they follow the rules and norms and succeed well within the established framework.

However, this focus is on external values. It deals with image and facade. It's about the 'role' that their kid should play in society.

However, what authoritarians miss is allowing for the growth of important inner values and skills like building high self esteem, cultivate the ability to make choices, teaching children how to listen to their gut feeling, being comfortable showing and receiving love and being intimate etc.

In my opinion cultivating inner values and basic life skills is much more important long term than focusing on streamlined external behavior.

If you want to read more about good parenting skills, you can read this article on what makes a good parent!

Back to the top of this page about A Psychological Profile on Authoritarian Parents! Understanding the Personality from Within!